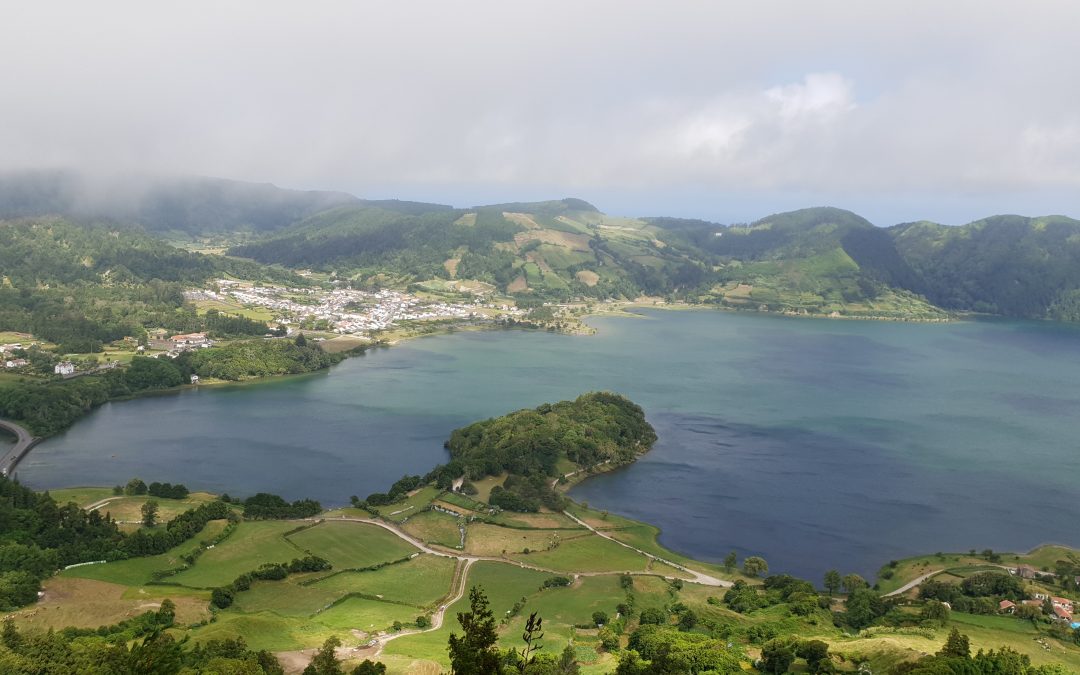 Our Lan has summarized his experience of youth exchange in the following report:

In July, 2019, the members of our youth home finally awaited our youth exchange on the Azores islands! Although it sounds exotic, it was of great importance for us, as many of us saw it as the end of our year and at the same time the climax. As the result of our work, time and effort. Even though we had waited for quite some time for it, we were, to say it lightly, ecstatic the evening when we came back to Črnuče from our summer break, awaiting our biggest adventure of the year.

As I said, we returned the day before the departure to Portugal in our youth home, where we greeted each other, hugged and talked about our adventures in the first half of our summer break. What followed was an organizational meeting, where we got instructions for the trip and the next day.

We left early in the morning from Ljubljana in our van and what followed was a long drive to Vienna, from where we flew to Lisbon. This was for some their first experience with a plane. And while some of us had flew in the past the actual flight was quite interesting due to what Tomi calls it, “turbulence”… I think I wasn’t the only one who was already thinking of going on the bus for the way back. When we arrived in Lisbon, we took the subway to the center and had a walk. We even had lunch in McDonald’s, which is very rare. Then we went back to the airport and flew to the main city of the Azore islands, Ponta Delgada. We arrived early in the morning, very tired, but with great expectations for the next day.

Our first day began with, obviously, breakfast. After our first meal the program had already started. As with every exchange, the first day was spent mostly on observing, getting used to everything and just “processing” stuff. Of course we were all very shy, as we didn’t know anyone. And our group is know for its “conservative” approach when it comes to socializing.

We got the entire program quite some time before the actual exchange and we were preparing for it during the school year. The program seemed excellent on paper in so it was, when we experienced it. Different games, activities and experiences where one after the other. And lets look over some of the most memorable ones: The program was full of activities, but at the same time we had a lot of free-time and fun. There’s just too many things for me to write all of them. And being honest, there was so much happening that I don’t even remember everything.

The single most important thing on every exchange is obviously food. If you see an exchange as a scale, the food is the biggest weight. Jokes aside the food was excellent. Surprisingly little seafood, but still very interesting dishes. Even though some of you might laugh, food gives one great insight of a nations culture and the way of life there. We also had the chance to try some home-made dishes, as for one dinner the parents of the Portugal team provided the dishes. That was the best dinner. One of the actual important parts of the exchange are the so called intercultural evenings. Those are the presentations the countries prepared before the exchange. Every present country hosted one of those evenings (Slovenia, Portugal, Finland and Slovakia). The evening is comprised of the actual power-point presentation, the video which we also prepared and was themed (more on this later) and a tasting of national dishes or snacks which are from the hosting country. This year we prepared a really good evening and may I say by the words of our mentors one of if not the best in the history of all the exchanges they have worked on. The other countries also did an amazing job and as always, we all learned a lot.

Theme of the exchange

The name of the exchange was going greener which was also the theme. Fact is, that our planet isn’t doing good as far as cleanliness goes. We as a group are aware of this and as a nation. And that is precisely the reason we found this theme very interesting and even more important. A lot of activities were dedicated to this. Finding causes, looking for ways to help and just general education on the matter. And that is how we furthered our knowledge on the matter, heard new ideas and shared some of our own. The last day we, as always, made a public action with which we hoped to share awareness of the problem. Everyone wrote a message on a sheet of paper and wore it on his back during the action and presented to the people, and played a variation of the “boogeyman” game: “Who’s afraid of global warning!?” We were quite successful, our group photo and the story of this day even came into the local newspaper. The dynamic component of every exchange are always the people. It is because of these people that all of this is possible and fun. Some are friends, some more. Some of them don’t understand each other well and some don’t even communicate. And that’s exactly how it was with us. Everyone had a lot of contact with others, as a big chunk of the games we played were made for groups, and we were almost always a part of mixed groups. Of course you can’t expect to be good with everyone and we weren’t, but at the end of the day, as Marko put it: “Our first priority is to learn… The fun comes with that”. And that is why it was our priority to be respectful towards others and communication between us. Most of us did get new friends though, with which we share memories. Memories, which we won’t forget. All beautiful things must come to an end, otherwise they wouldn’t be beautiful. That is how our exchange ended. There are a lot of things I haven’t touched upon in this summary, some of which I should have and some, that are better to be unsaid. Still I hope you could catch a glimpse of the adventure, which left its mark on all of us. The knowledge, experiences and the memories, which we got on this exchange are worth much more than gold. We are, from the bottom of our hearts, grateful that we got to be a part of such an event and even if just by a little, help the problem at stake. A common problem we all share. One of the reasons these things are organized in the first place comes from a proverb: “The future rests in the young”. If there is even a small fraction of truth in that, I think that we are in for a bright future.